I was touring across Iowa when I viewed two faces of Mother Nature. Floods and twisters had just torn up both ends of the state. But a gentler sort of wind made music as it rustled its way down a cornfield. Then I remembered how the voice of Jehovah had spoken out of the whirlwind. 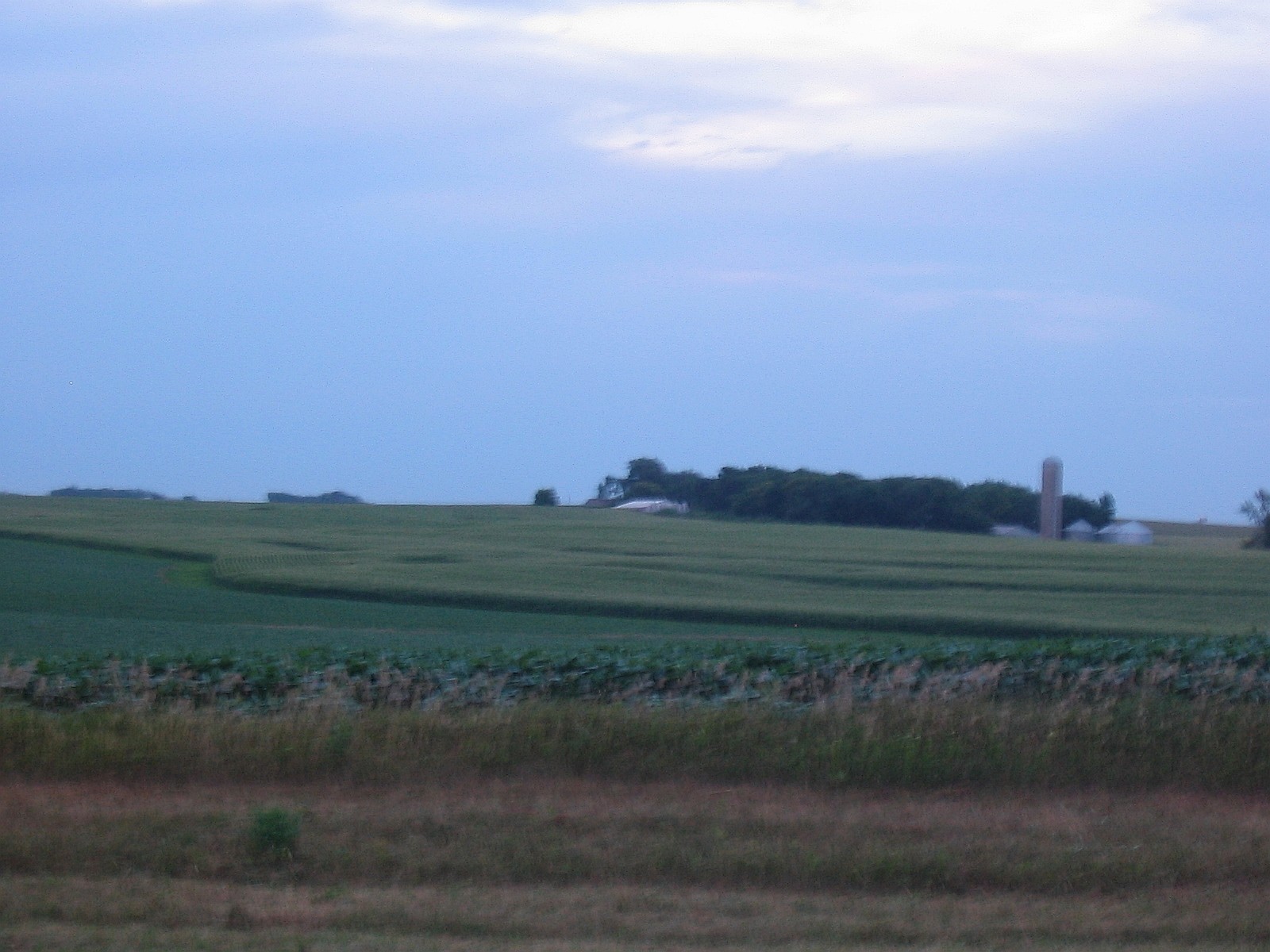 He was born by the Eastern sea.
Went to school, and he got a degree.
Headed west on a prayer and a thumb,
Looking out for a kingdom come.
Climbed the mountains in old Cheyenne,
Dipped his feet in the Rio Grande.
Never found him a next of kin
Till he ran into the Iowa wind.
Iowa wind, Iowa wind.

Went to work as a hired hand,
Planting seeds in the Promised Land.
From the seat of an old John Deere,
Fields were smiling, from ear to ear.
Later on, when the work was done,
Saddled up with the setting sun.
Squeezed his pony between his shins,
And they’d ride like the Iowa wind.

Heard the voice in the Iowa corn,
Like a million babes crying to be born,
And he was born again and again,
Washing his face in the Iowa wind.

Seven years, they had come and gone.
Had a spread he could call his own.
Felt the breeze blowing at his back,
Till the day when the clouds turned black.
Saw the sky open up its jaws,
Spitting out only piles of straw.
Up above, heard the circle spin.
Lost it all to the Iowa wind.

Now he sits by a window screen,
Looking out on an endless green.
Every year he was laid to waste
Wore a line in his weathered face.
If you ask, you can hear him say,
“What it gives, it can take away.”
All he found, at his rainbow’s end
Was the sound of the Iowa wind.